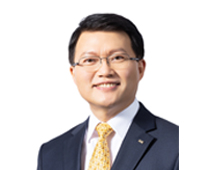 Seoungho Jin has been Chief Executive Officer and Chairman of the Board of the Korea Investment Corporation (KIC) since May of 2021.

Prior to joining KIC, Mr. Jin led Korea’s Presidential Committee on Balanced National Development. He was previously an executive consultant on the Policy Committee for the Democratic Party of Korea.

Mr. Jin is an economist with more than 30 years of experience in the Korean government, mostly at the Ministry of Economy and Finance. He has served in positions including Director General of International Economic Affairs and Director General of International Financial Cooperation. He was also previously Director of the Strategy and Finance Committee at the National Assembly.

Earlier in his career, Mr. Jin served in the Office of the President, overseeing issues related to education and culture. 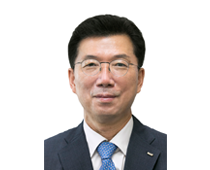 Kwangsik Cho was appointed Statutory Auditor on July 14, 2021. Prior to joining KIC, he was Chief Executive Officer of BNK Securities.

Mr. Cho has a bachelor’s in management from Pusan National University and an MBA in international finance from Hankuk University of Foreign Studies. Mr. Lee has a B.A. in economics from Sogang University and an MBA from the University of California at Berkeley. He is a CFA charterholder. Prior to joining KIC, he served at the Bank of Korea (BOK) for more than 30 years, where his recent responsibility was closely related to foreign reserve management. He has led the bank’s external fund management team and served as Director of the Reserve Management Strategy Division. As a portfolio manager early on, he managed a U.S. dollar portfolio and an MBS portfolio.

He started his career as an economist in the bank’s Research Department.

Mr. Jung has a B.A. in Economics from Seoul National University and an MBA from the University of Rochester in New York. 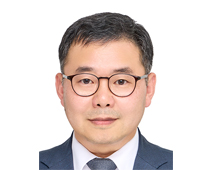 Previously, Mr. Chung was named KIC’s Chief Compliance Officer in 2019 and the head of the Ethics and Compliance Group in 2015. Since joining KIC in 2006, he has also served as the head of the Strategy Management Group and the Information Technology Group.

He has a Bachelor of Information Engineering from Sungkyunkwan University.