Members From the Private Sector 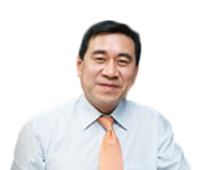 Dong-Hwan Kim is a Senior Research Fellow of Korea Institute of Finance (KIF). He is also active as a Vice Chairman of Korea Money & Finance Association, and Korean Banking and Financial Law Association. Prior to being a Vice President of KIF, Dr. Kim worked for 20 years as a Research Fellow and Senior Research Fellow at the KIF. He also worked as a Member of the Financial Development Deliberative Committee at the Financial Supervisory Commission (FSC), Member of Enforcement Review Committee of Financial Supervisory Service (FSS), Member of Adhesion Contract Examination Committee at the Fair Trade Commission (FTC), Member of Practical Evaluation Committee of National Pension Service Investment Management (NPS), and Expert Advisor and Member of Economic, Social & Labor Counsil (ESLC). He earned his BA from Seoul National University, MA and Ph.D from University of Tokyo, all in economics. 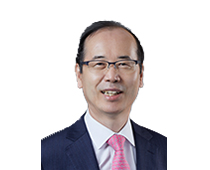 Seok Joong Kim is a senior advisor for the BY BILLIONS PE and a member of the asset management committee of KTCU(The Korean Teachers’ Credit U ion) that is one the leading asset owners in Korea, with 870 thousand members and KRW 49 trillion in assets.
Dr. Kim was a Chief Investment Officer and the Chairman of the Investment Committee at the Hyundai Marine & Fire Insurance that is one of the top 3 casualty insurance companies in Korea. Before joining HMFI in 2018, he was a CEO of Hyundai Investment Asset Management from 2010 to 2017, and Phoenix Asset Management from 2007 to 2010. During this period, Dr. Kim served as a member of asset management advisory for the several institutions including Construction Workers' Credit Union, Asan Foundation, POBA, SME Mutual Aid Fund and Teachers' Pension. Also, he was the head of research and institutional equity sales of Goodmorning Shinhan Securities from 2004 to 2007 and Kyobo Securities from 2000 to 2004. Dr. Kim began his career as an economic analyst at Daewoo Research Institute and then as investment strategist, Chief Representative of Zurich office, and analyst of Daewoo Securities from 1985 to 2000.
He is a graduate of Chungbuk National University and received M.A. in Economics from Kansas State University as well as Ph.D from Dongguk University in Seoul. Youngjae RYU is the founder and CEO of Sustinvest, a leading provider of environmental, social and governance (ESG) advisory firm in Korea. Prior to working for Sustinvet, he worked for a number of securities companies as an analyst. Sustinvest works with asset owners, investment managers and governmental institutions, helping them integrate ESG factors into their investment and management decisions.
He is a thought leader on responsible investment and corporate social responsibility issues and regularly appears in the Korean media. Youngjae sits on the board of Korean Sustainable Investment forum (KoSIF). He also sits on the advisory council for a number of governmental committees such as Financial Development Council under FSC and Steering Committee under Korea Investment Corporation (KIC). He is the founding member and the first chairman of The Korea Corporate Governance Forum (KCGF). He served as a member of the National Economic Advisory Council for Korean President.
He used to work for KAIST business School as a visiting professor. Youngjae holds BA and MA degrees from Hanyang University in Korea and MBA degree from Ashridge Business School in the UK. 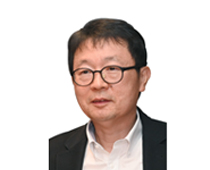 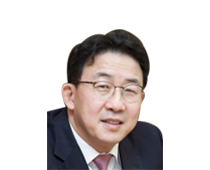 Moon Hee CHOI is a professor at the Kangwon National University School of Law teaching corporate law and capital market law since 2004.
She has been an outside director on the board of Korea Securities Depository(KSD) since 2019. She worked as a research judicial officer at the Supreme Court of Korea(2012-2013). She advises and serves as a member on committees at various institutions, such as the Korean Ministry of Justice(MOJ), the Korean Financial Supervisory Commission(FSC), Korea Development Bank(KDB), and the Korean Listed Companies Association(KLCA).
She studied law at Hanyang University, Seoul(LL.B. & Master), and earned a Ph.D. from Seoul National University(SNU). In addition to her doctoral studies, she completed various academic stays at law schools ouside Korea, in particular at Columbia Law School in the U.S., at Tokyo University Law School in Japan, Munich College of law in Germany as a visiting scholar, and at Max-Planck Institute for Comparative and International Private Law in Hamburg as a recipient of scholarship